Showing posts from August, 2007
Show all

Google has a phone?!

August 27, 2007
That's the rumor. And I hope it will put the iPhone in it's belly . Here's the Wired article , and a link to a blog entry with some details : "Other tidbits that I'm trying to recall based on questions I've recieved from readers: It's a modified Linux kernel There is integrated GPS and GoogleMaps (there were other things, I'll probably update this list once my memory is jogged by conversation during the show)" And the GPhone is a cool-ass name... UPDATE: Laptop Logic has a brief article which brings all of the rumors together and pieces together what may (or may not) be in store for the cell phone market in the next few months. The key words here are open, cheap, and Google. I'll be first in line!
Post a Comment
Read more

Artists you're not listening to: El P

aka El Producto, aka Jaime Meline (his real name). He's the front-man for my new favorite record label, Def Jux . But first, let me provide some background... Around the 4th of July of this year, my wife and I were visiting our good friends, Richmond and Wxman (actually it was a Richmond-sponsored bloggerfest ). We were walking back to their house from the fireworks show, when one of the local " wiggas " drove by with their stereo system pumping out the deafening beats of........whoever was currently rapping on KISS FM . Richmond, knowing that I am a hip-hop aficionado, asked me who the artist was. I was at a loss. I had zero idea about who was currently popular, with the exception of those videos and songs that loop every few minutes at my Big Box store (and I have learned to tune those out). I haven't listened to the radio in five years. So, how can I call myself a hip-hop expert if I'm not up-to-date on current events? Hip-hop currently dominates th
Post a Comment
Read more 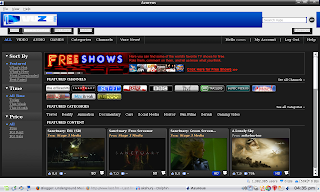 At this point, I'm ready to tell Joost what I really think of them. Linux is in the midst of a renaissance amongst geeks, and a revolution within the mainstream of computer users. But Joost thinks it's okay to ignore us. (For those of you just tuning in, Joost allows you to watch full-screen TV shows on your computer. As long as you run Windows XP or Vista.) So, until I see a linux client, I'm done blogging about them. On to the alternatives: Vuze is the most promising. This is the Azureus bittorrent client with a makeover. Well, it's really a tightly integrated Firefox web browser grafted onto the bittorrent client. Or at least that's what it looks like to me. I'm running version 3.0.2.0 for linux. All the Java and Flash slows the program down, even on my desktop (AMD dual-core 4400+ X2 64 with 2 GB RAM). But it's still usable, just a bit sluggish. The interface is slick and easy to use. The innards are still accessible for geeks. And it se
Post a Comment
Read more

I just popped a Mint 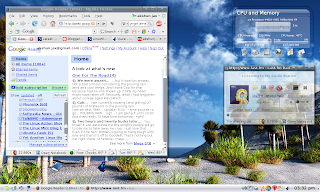 A Linux Mint, that is! Ordinarily, I would have a "non-geek disclaimer" for a post like this, but this time, I invite my non-geek readers (if I actually have any) to read on. My premise is simple. Choice is a good thing. For the consumer, and for the economy as a whole. So why do 90% of all computers run Windows? Is that choice? Not really. And I'm not a Microsoft-hater. Seriously, I'm not. Bill Gates, in my opinion, is a genius and an innovator. But, his company took some wrong turns with their company values. In any case, 20 years of an operating system monopoly has given us Windows Vista as the high water-mark of Microsoft software development. Here's what the editor of PC Magazine (a noted Windows fanatic) recently said about Vista : "I could go on and on about the lack of drivers, the bizarre wake-up rituals, the strange and nonreproducible system quirks, and more. But I won't bore you with the details. The upshot is that even after nine
1 comment
Read more

August 14, 2007
First of all, I was drunk. That's the only way I fly. Don't know when it started, but it's pretty much mandatory at this point. So, perhaps this fact colors the story a bit. Second, I hate the way that airline classify passengers. 1st class. Perks. Air-miles preferred. Elite. Admiral club. What, in the name of all that is holy, is going on with airlines?! I paid a crapload of money, and I even have a stupid miles card, but I'm just *coach*. Thus, I have to sit b*tch in row 47 for a 4 hour flight to the west coast. And some slob who paid even more money gets to sit up front, sip a free fruity-ass cocktail in their marginally roomier seat, and have somebody take their coat. I'm going to go on-record by saying there is something fundamentally flawed with this concept. As a retail manager, I pride myself on the fact that I treat all of my passengers the same (like kings) whether they spend $10 or $10k. But the airlines don't see it that way, and this
Post a Comment
Read more

August 06, 2007
For two weeks this time. Company travel, personal travel, f*cking around... All that. I leave you with a youtube. The Transformers, redubbed by a fan. He spices things up with some real-world dialog in a classic episode, The Return of Optimus Prime. So, the new leader of the Autobots (Rodimus Prime. Yeah, I know. Give me a break, I was 12.) brings the old leader (Optimus) back to life so his wisdom and leadership can save them from a plague. That's when the funny starts. You see, no time has passed for Optimus, so he needs to ..... get back up to speed on current events. And he curses a lot. This is clearly rated R, but watch it for a few laughs. It's the Transformers for a more mature audience. Giggity.
Post a Comment
Read more

The open-source iPhone killer will be here soon 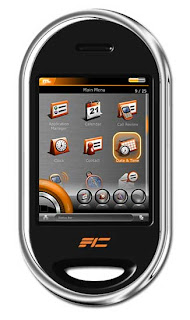 The Neo is coming for you, iPhone. It's a Daywalker of sorts. All of your strengths (touch-screen, intuitive UI, app integration), but none of your weaknesses (no 3rd party apps, cell phone vendor lock-in). Perhaps the Neo should have been called the Blade .
Post a Comment
Read more

Macs, macbooks, Apple TV's, iPhones, and all different types of iPods STINK! And I hate 'em! (For all those paying attention, that was a terribly clever Chappelle Show reference to Clayton Biggsby, the black White Supremist. ) I am an open source enthusiast. Not a fanatic or a purist, just an enthusiast. For example, I use Linux Mint instead of Ubuntu . Most casual readers of my blog will have no idea of the distinction, but suffice to say, it means I am solutions and results-oriented rather than being obsessed with the open source "cause" . Five years ago, I ditched Windows because I realized at some point that it was keeping me from doing what *I* wanted with *my* computer. I never looked back. But over time, many friends urged me to give "Mac" a try. "It's Unix under the hood", they would say. "It's linux with a makeover." "They support open source." Yadda yadda. So, I decided to give Apple a closer look.
Post a Comment
Read more
More posts