(For all those paying attention, that was a terribly clever Chappelle Show reference to Clayton Biggsby, the black White Supremist.)

I am an open source enthusiast. Not a fanatic or a purist, just an enthusiast. For example, I use Linux Mint instead of Ubuntu. Most casual readers of my blog will have no idea of the distinction, but suffice to say, it means I am solutions and results-oriented rather than being obsessed with the open source "cause". Five years ago, I ditched Windows because I realized at some point that it was keeping me from doing what *I* wanted with *my* computer. I never looked back. But over time, many friends urged me to give "Mac" a try. "It's Unix under the hood", they would say. "It's linux with a makeover." "They support open source." Yadda yadda. So, I decided to give Apple a closer look. And what I found after careful research was ..... a cult. Not Jim Jones-style Kool-aid and cyanide, but a cult nonetheless. "The Cult of Jobs," in fact. It is a group of fanatically loyal consumers who pay 30% more for hardware that gives them zero choice and absolute vendor lock-in. Why do people do it? Because they get a FANTASTIC end-user experience. And I do mean fantastic. Reliable hardware, awesome programs, tons of eye candy, great customer "care". What's not to love? As long as you *like* what it is that Apple is serving up, you're golden. If you don't..... Well, I don't think the cult talks much about those people.

Take the iPod, for instance. Specifically the nano. It is small, looks cute, and plays music and pictures. Retail price for a 4GB, $199.99. 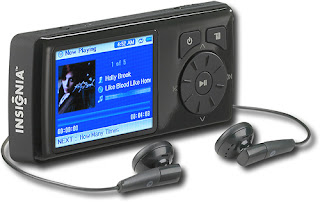 And the nano will sell over the Insignia, all day every day, twice on Sunday. Why? Because Apple has so enraptured the world with a consistent and gorgeous end-user experience that anything else is considered uncivilized. Shocking, but true.

And now, the iPhone has taken the world by storm with all the hallmarks of a typical Apple product. Upside - Beautiful UI, awesome features, intuitive design, seamless application integration. Downside - Limited features (you get what they want you to have), no 3rd party apps, vendor lock-in, and did I mention it's EXPENSIVE??? This is why I believe that Steve Jobs is Satan. Soooo appealing, but when you partake, it just sucks you in! 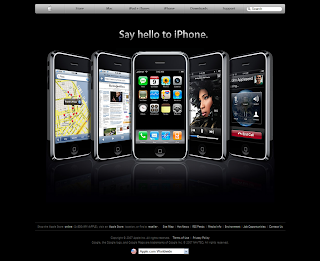 In fact, it recently sucked in one of my favorite open source bloggers, Steve Carl! And poor Steve, much like those who are born into the Matrix, has no clue what's really happening to him. If he doesn't stop now, things will end up for him much like they did for poor Mr. Valentine in this classic Twilight Zone episode...