Hulu fails to satisfy, but like most things, its hackable

July 11, 2013
I remember the early days of Hulu when all it had was the Daily Show, Family Guy, and a bunch of anime.  I was an early cheerleader and vocal supporter because the promise of on-demand streaming TV anywhere  was and is so important to the cord-cutting movement.  Hulu has come a long way since then. It's library is huge, it now boasts some impressive movie titles, and it's now possible to subscribe and watch media on your TV, tablet or phone.  And this is ultimately what is so frustrating about Hulu.  Despite all that the streaming service has achieved, it fails to deliver consistently on its promises.

So what do I mean by all this?  Let's say you want to watch an episode of The Outer Limits (90's version).  Hulu has every single episode ready to stream.  In fact, they are the ONLY ones with the streaming rights to this series.  You can't even *buy* an unedited DVD for anything past Season 1. Usenet and bittorrent also come up empty.  Bottom line, if you want to watch The Outer Limits, you MUST watch through Hulu.  Here's the problem:

Yep.  You had better be prepared to watch this show on your PC or laptop, cause TV's and tablets are banned.  WHY??????????  Amazon doesn't do this.  Neither does Netflix.  I know that the studios are heavily invested in Hulu and are calling the shots, but it's still a frustrating situation that occurs way too frequently.  I've blogged about this before, so I won't dwell on it any longer here.  I will, however, discuss an awesome hack I just discovered.

A few months ago, just for fun, I bought one of these little guys: 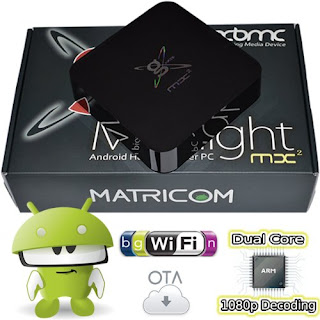 It's a tiny android-powered TV box.  So cute, right?  But it sucks.  At life.  In every way possible.  The UI looks like it was designed by Jackson Pollock, the remote control is barely functional, and there are times the box itself decides it simply wants to lay down, rest and do nothing for a while.  But there is one thing it does rather well.  It runs a native and customized version of XBMC.  Now, as I have Plex running on my Roku 3 on that same TV, it had never occurred to me to play around with XBMC, especially given the G-Box's limited ability to do ANYTHING properly.  Both apps essentially solve for the same problem and run much of the same code.  They transcode and stream content from your home server to your TV. The also have some plugins available for extra bells and whistles.  However, there's one critical difference.  XBMC has a Hulu plugin; one that tricks Hulu into thinking that it's a PC, rather than a TV or mobile device.  This was the secret revealed to me after an hour of good old-fashioned googling.  Some enterprising young go-getters who maintain the plugin over at the XBMC project found a way to hack Hulu and fool it into giving up all it's content.  It looks like this project has been a moving target for the developers, though.  Hulu keeps changing things, and the devs keep having to adapt the plugin.  And its not pretty in terms of functionality.  I tried it out a few nights ago, and I spent an hour trying to configure the thing properly.  When it finally started to work, things were a bit jarring, with a "loading media" dialog every 15 or so minutes.  But I was watching The Outer Limits!!!!!!!!!!!!111

Sound like too much work?  Is it worth the time and headaches?  Only you can make that call.  But I now have access to the FULL Hulu Plus catalog, and I feel that I'm much closer to getting my money's worth ($6.99/month).  I will also contribute to the plugin developers; because of them, the value of my Hulu subscription just went up, and this is what the whole cord-cutting game is about. Maximizing value.  Cord-cutting isn't cheap, and sometimes it can be complicated, but we are not a bunch of free-loading slackers.  I pay for unsubsidized internet, usenet, VPN, Hulu, Netflix and Amazon (about $115/month).  That total bill is probably similar to the average cable subscriber's.  The difference is that I get the TV Shows that *I* want to watch, when I want to watch them.  The value of those services increases even more when you consider that I use the internet and Amazon subscriptions for more than just TVwatching, unlike any cable subscription.  And yes, as a nerd, I do get a certain level of geeky satisfaction from all of this.

So, if you're a potential cord-cutter, or you're an HTPC enthusiast, PLEASE check out XBMC.  The Hulu plugin is awesome, and to whet your appetite, here's a decent youtube video of XBMC in action on an android device similar to mine...