June 11, 2008
Whew! Vacation, illness, and a hectic work schedule have kept me away, but no more. Today, I want to introduce everyone to a good friend of mine. Her name is Elyssa. And she's the BEST!

The best OPERATING SYSTEM, that is! Now, I know most of you suckas out there are using Windows XP or Vista, and I am certainly not here to evangelize to those of you who are happy Microsofties. But if any of you are feeling adventurous, there are some O/S alternatives out there that you should seriously consider. Yes, I am talking about Linux. 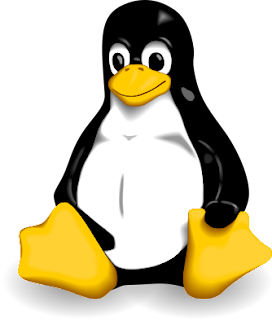 It's core written in 1991 by Linus Torvalds, Linux has been a geek's wet dream for the better part of 15 years. Linux comes in MANY different flavors (called distros), all presenting competition to a market that was monopolized for too many years by Microsoft Windows. However, it's only been in the last two or so years that a few distros have made Linux accessible to the unwashed masses. Novell's Suse Linux, Mandriva Linux, Fedora, and Ubuntu. All are popular alternatives to Windows, but Ubuntu's runaway success across the globe is particularly fascinating. Ubuntu, roughly translated as "humanity towards others", was the brainchild of South African millionaire businessman Mark Shuttlesworth. It is a hip, usable, well-marketed, and fun to use operating system. And like any other popular open-source system, it has itself spawned variants. One of those Ubuntu variants is Linux Mint.

Okay, I'm sure I lost a few people. Let's start again. There's Linux, which is an operating system like Windows. And Linux has these different distros such as Ubuntu, but they're all still Linux. And then those distros have variants. And the Ubuntu variant that I use is Linux Mint. For the last year, I have been a loyal Mint user, using it exclusively on my laptop and desktop. Why Mint and not Ubuntu? A few reasons. Mint comes read-to-use with a lot of the little niceities and courtesies that Ubuntu left out. Things like browser plugins (flash, java, etc.), a customized menu, a DEAD EASY software install system, a desktop customizer, and media codecs for easy DVD playback. In short, it creates a more polished and elegant desktop experience.

And a few days ago, Linux Mint reached new heights. The latest release, code-named Elyssa, was unleashed among the rabid linux fanboys. And from my own personal experience, as well as what I've heard and seen from other users. it has been a HUGE success. Linux Mint Elyssa is nothing short of bliss on my laptop. Here are a few of the routine tasks I accomplish weekly with Elyssa:

1. Convert videos with iriverter so that I can watch them on my mp3 player while I work out.

3. Edit videos from my digital camera with avidemux.

5. Keep up with podcasts with gpodder.

6. Listen to streaming music from last.fm with the neat program last-exit.

7. Watch streaming movies, TV and listen to music via tunapie.

9. Download my phones pics to my desktop with bitpim.

12. Surf the internet and check out my favorite sites like Facebook with the mighty Firefox web browser.

13. Use my aircard to connect to the internet when I'm out and about using ppptray.

14. Edit photos from my digital camera with Picasa, Gimp, Phatch, and/or gThumb.

All of this with only an occasional crash or hiccup, which happens far less frequently than in the Windows days, and without any viruses, spyware or malware. My operating sytem, my way. Check out the website at least... Tell me what you think!
linux mint review vista windows