Artists you aren't listening to - #1

July 16, 2007
So, as internet radio gasps for air, I would like to entice you into realm of online digital music with a few offerings. Much like Tivo did for TV, internet radio has completely changed the way music fans listen to their tunes. I can't imagine going back to FM. Not in a million years.

And before you say anything, yes, these choices are clearly influenced by my own musical tastes. I do have broad tastes, but there are places even I will not go. The fun part is that I *stumbled* across all of these artists. Once you open your mind to new stuff that hasn't been fabricated by radio payola, there's a LOT of stuff to listen to. Disclaimer done.

#1 - Jennifer Charles. This chick sounds like she's a crooner from waaaay back. Her current band is Elysian Fields, although she's collaborated with a TON of people. I ran across some of her indie hip-hop compilations, but her band is closer to eclectic rock. I really dig her. 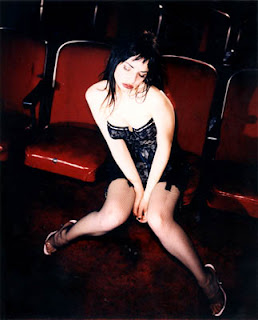 #2 - Dan the Automator. You've probably never heard of him, but his work is virtually legendary. From his bio: 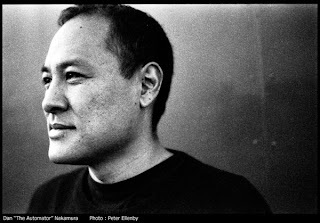 "Dan "the Automator" Nakamura is a hip-hop and rap producer most known for his work in the mid to late 1990s and early 2000s. Nakamura is a major figure in the somewhat higher-brow rap underground that developed while mainstream hip-hop integrated its successful gangsta image with the also-popular Miami Bass party-jam style, with heavy borrowing from its ignored soul music roots. Avenues of rap which pursued more introspective, creative, and esoteric angles became brushed aside, admired by fans with more eclectic musical tastes and appreciation for dense lyrical constructions and obscure or off-beat musical inspirations. Nakamura's work tends to integrate significant amounts of overlooked 1970s and 1980s kitsch, cult classics, and B-grade 1990s television material. His work also tends to make heavy use of classical music and science fiction overtones and references, the latter with hip hop roots in the space jams of Parliament. Sci-fi also pops up in the hip hop oeuvres of RZA and Jedi Mind Tricks, among others, both in and out of collaborations with Dan the Automator. Trained in classical violin as a child, Nakamura was more attracted to early electronica and hip-hop. After dabbling as a DJ, he gave up on the skill and instead worked on musical production, taking on small gigs until getting his major break working with Kool Keith. Nakamura's most well-known production work includes Kool Keith's commercially successful Dr. Octagon project, and the widely successful trip-hop/lo-fi project Gorillaz. He is also renowned in underground circles for spearheading the critically acclaimed underground projects Handsome Boy Modeling School with Prince Paul; Deltron 3030 with Del tha Funkee Homosapien; Head Automatica with Daryl Palumbo and Kid Koala; and Lovage with Mike Patton and Jennifer Charles."

Yes, that last name is the same Jennifer Charles mentioned above. That's how I originally ran across her. I was digging for more Dan the Automator tracks and it turns out that they collaborated on a one-off band called Lovage. 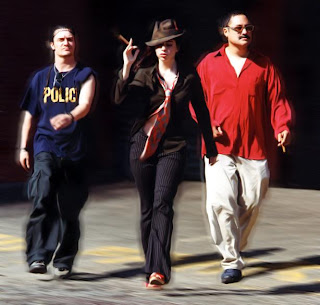 Anyways, here's an imbedded link that will get you started on music similar to the artists listed here. It will connect to last.fm. Tell me what you think?